Smoking during the pandemic, ping-pong between panic and stupidity 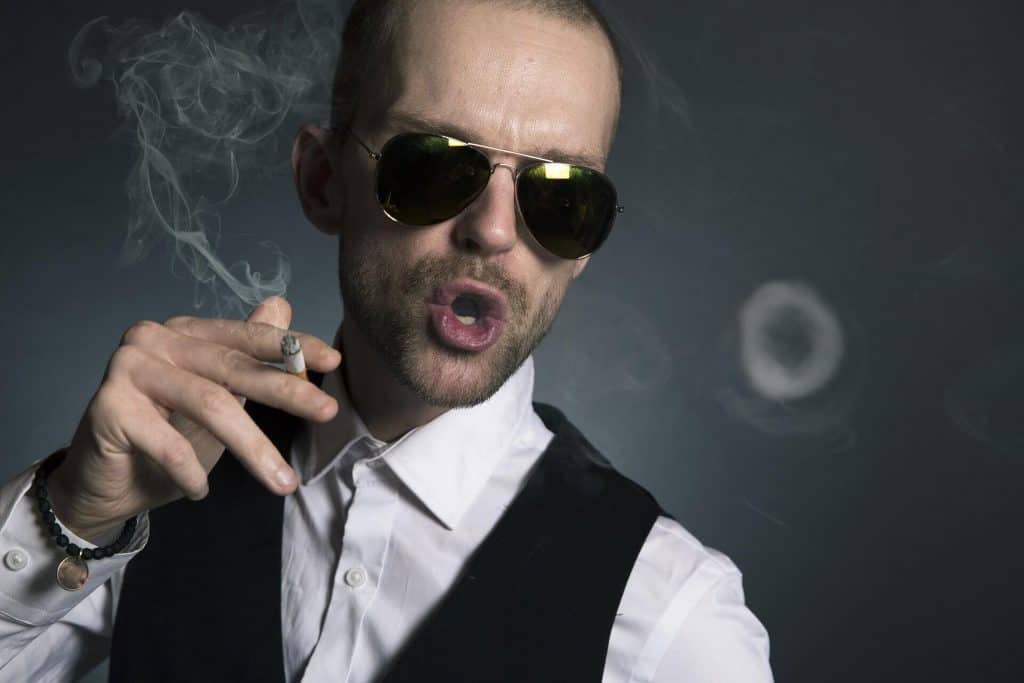 Feeling cold (because in American buildings the air conditioning is set at only 16 degrees) and hungry (because there you can only have fast food and American coffee, which is rainwater for Europeans) – I watched in amazement a workshop conducted by 3 top professors come to prove that soft drinks are healthier than water.

The truth being told, only the first two professors did the job they’ve been payed to do bringing seemingly scientific arguments to prove (- I still wonder today: To God damn whom?!) that cola is better for humans than water. The third one, a little younger than the others and a little more Tarzan, broke down their pseudo-scientific arguments, dismantling them one by one.

Theoretically, any mentally healthy person with or without a degree in nutrition would be shocked to attend an international nutrition workshop designed to prove that you become healthier if you drink cola than if you drink water. The fact that you are a top professor saying stupidities does not change the stupidities, it only changes your image as an impartial expert putting the spotlight on the fact that you are now for sale.

Neither light soda drinks nor those with sugars provide the body with actual sugar, but with all kinds of synthetic substances, generating: weight gain, dyslipidemia, hepatic and renal steatosis and an appetite disturbed enough to create a continuous craving that makes you want to to consume them every damn day.

Now, if you’re wondering what the hell was I thinking to attend such a workshop, I must mention two sad but essential conference aspects:

These big conferences take place for days in a row, continuously from 8 in the morning to 8 in the evening, and if you don’t want to starve at noon you quietly sit and attend one of the many elegantly veiled commercials called “workshop” to have access to something to eat that is somewhat edible.

Two years later, in the cozy comfort of my home, I relive the same shock while reading the French study which raises the hypothes about how nicotine protects us from respiratory disease Covid-19 just as I was shocked then by the lovely studies meant to prove that cola protects us from obesity and metabolic diseases.

I would like to quote this study, but it is only published as a preprint in some journal and already republished after various international researches asked for more details about the data behind the puzzling conclusion.

It is basically a statistical analysis that calculates the incidence of coronavirus infection compared between those who report smoking and those who are officially known to smoke.

Those who answered yes were labeled “smokers”.

Those who answered no were labeled “non-smokers”.

Just that you can answer exactly how your panic dictates when you’re asked whether you smoke or not in the midst of a pandemic of a respiratory disease.

The studies that assess the real impact of smoking on human health don’t just consider the answers yes or no as enough evidence to actually know the smoking status of a person. Objectively, the smoking status is attested by blood and urine tests that show the metabolic evidence that a person smokes or not. (1)

Obviously, these studies are more difficult to do, and in the midst of the pandemic there is no time for such details, so the people surveyed in the French observational study were not tested in any way to assess whether the answer about their smoking is real.

But without the metabolic verification of the given answer, one can respond whatever they might consider appropriate.

If you say you don’t smoke you don’t risk anyone blaming you for taking up the coronavirus infection, you don’t risk not being treated well because how the hell do you still smoke when you were repeatedly warned not to touch your mouth with your hand until after you washed it 15 times, and you don’t risk someone slapping you in the midst of a panic pandemic.

If you say you don’t smoke even if you smoke since you were 16, you can now remain calm, you are officially a non-smoker, and you get to be treated like any other human being because it is not your fault, you did nothing wrong to get the respiratory infection.

And tam-taram-ta-dam-dam-dam… the number of those infected with coronavirus who admitted to smoking is only 5.3% compared to the 25.4% who are officially known to smoke in France.

So, tam-taram-ta-dam-dam-dam… Breaking News: Covid-19 incidence is lower in smokers!

The authors of the study officially regret that the number of the study participant was lowered by the fact that they were not allowed access to intensive care units, considering that the protective effect of smoking would have been much more clearly highlighted if they had been allowed to ask intubated patients if they smoke or not …

Trying to prove that drinking cola improves your health at one of the largest international nutrition conferences feels as stupefying as trying to prove that nicotine protects you during a pandemic of infectious respiratory disease.

We witness in dismay the leaders of the planet flow of intelligence.

At the moment they are a little busy dealing with all this pandemic to have the time to investigate whether the beneficial effects cola has against obesity and diabetes also protects us against Covid-19. Let’s have a little patience, after they’ll finish with the immunity from the holy spirit, the disinfectant injections, the sex and the smoking they will probably end up researching the cola benefits too.

Relaxingly smoking they cigarettes while surfing the corona wave, pseudo-researchers issue hypotheses after hypotheses, one more crazy and less scientific than the other.

And how on Earth to issue hypotheses than from a study…

But “study” is a word as vague as the word “human”.

There are humans and humans, there are studies and studies. Not that they are good or bad, but at least their training level and expertise can differ:

Still – because it was written in a “study” – the internet roars with all kinds of miracles, one more startling than the otter.

But, although the fact that it comes from a “study” seems like enough of an argument if you don’t know how to evaluate the degree of clinical validity of a study, one observational study does not wipe out all we already know about the harms inflicted by smoking.

When a kindergarten study comes to tell us that smoking protects us from respiratory infections, it would be logical to call an adult study to explain to the kid that:

Over 1 billion people are known to smoke globally, and maybe in the midst of today’s pandemic it would be good to calm them down, so they can continue to calm themselves down through smoking.

Even in the case of coronavirus infection, the systematic analysis of the few studies available today shows an increased risk of severe Covid-19 infection in people with chronic lung disease who continue to smoke. (17)

On average, over 3 million people die each year from chronic lung diseases associated with smoking.

Today, 28 April, at a global level 216.281 people died with Covid-19. We don’t even know the number of deaths actually caused by coronavirus; we only know that these people also had Covid-19 while dying.

Although the mental fog globally induced by panic has dramatically increased the need for magic solutions, smoking amplifies all know factors associated with severe evolution and death in those infected with coronavirus

– But if the smart ones of the planet say differently?!

You look amazed at how the boss makes smoke rolls, relaxed, knowing he’s right because he’s the boss, and you are not because you’re not.

Just that the magic of being right because you’re the boss only applies to humans, the virus doesn’t make such faible differences.

And although it seems that money can buy health regardless of your behaviour, the boss countries that globally lead us today are the most affected ones – both by the pandemic of obesity and metabolic diseases, and by the pandemic of coronavirus.

Thus, regardless of what the boss says, for your health, use your own brain and common sense.

(17) Zhao, Qianwen, et al. “The impact of COPD and smoking history on the severity of Covid‐19: A systemic review and meta‐analysis.” Journal of Medical Virology (2020).