What is the metabolic difference between cola light and normal cola? 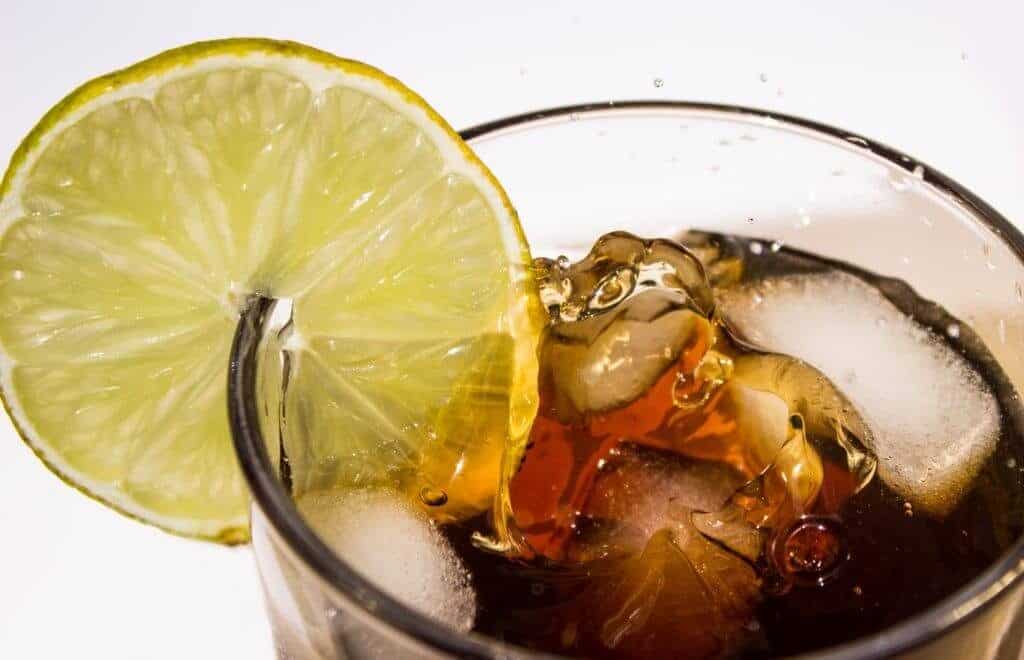 This article refers not only to cola light or to a specific brand in particular, but to the difference in metabolic impact between the consumption of cola light and soda drinks containing “sugars”.

“Normal” soda drinks do not contain actual sugar – which is biochemically a disaccharide called sucrose, consisting of glucose + fructose, biochemically bound to each other – but High Fructose Corn Syrup (abbreviated to HFCS) – which is basically a mixture of the same two monosaccharides but unbound to each other and the fructose to glucose proportion in the made-up mixture is quite different from the one in natural sugar.

Light soda contains a lot of chemicals that are mostly inedible, among which aspartame, acesulfame potassium (Ace K) and sucralose (Splenda). However, despite the fact that aspartame is so controversial that it was removed from the market temporarily in some “civilized” countries, it is actually the most commonly used artificial sweetener in the world.

Although it is sweet, aspartame is not a carbohydrate but a protein.

However, aspartame is declared “safe for human consumption” in over 130 countries at doses below 40 mg/ day per kg of body weight.

But since these seemingly informative numbers means nothing to the average human, let’s see an illustrative example:

However, aspartame is also found in many other drinks, foods, drugs and chewing gums – the total daily aspartame intake being almost impossible to estimate as “safe” or “unsafe”.

We can say that no one drinks 14 cans of soda per day, so it’s safe.

And we can say that we actually don’t know all the aspartame intake from other food and drinks, thus it isn’t safe.

But we just don’t really know.

Despite the legal reinsurance that EFSA (European Food Safety Authority) has given us on December 10, 2013, there are many studies conducted by other scientists demonstrating the following consequences of aspartame intake:

On the other hand, HCFS is a kind of artificial fructose, called in the European Union countries and HFCS-55, used mainly for the sweetening of normal soda drinks – which actually can also be called “sugar-free” because they also contain no actual sugar.

Sugar is a disaccharide composed of a molecule of glucose biochemically linked to a molecule of fructose. The disaccharidases secreted by the small intestinal mucosa are required for sugar to be digested into glucose and fructose and further absorbed into the blood.

HFCS is a mixture of individual monosaccharides – the same glucose and fructose, but as they come biochemically separated the body doesn’t have to contribute to their digestion and intestinal absorption in any way. Thus HCFS is extremely absorbable even when the intestinal mucosa is inflamed, unlike sugar that requires the integrity of the mucosa intestinal for digestion and absorption.

After the fast absorption, the glucose from the HFCS mixture generates an insulin secretion spike followed by reactive hypoglycemia, and the contained fructose is converted inside the liver directly into VLDL fat that will be deposited locally.

Thus, as studies after studies continue to show, consumption of HFCS sweetened soda drinks leads to:

In addition, if we take into account that all the enzymes and hormones involved in digestion are secreted long before these beverages actually reach the digestive system, it is clear that both of these aspartame sweetened or HFCS sweetened soda drink variants have an impact on the secretion of digestive enzymes, incretins and insulin, both types leaving the body “high and dry”.

Neither cola light type drinks nor normal cola type drinks provide the body with the real sugar usable as a source of energy, but with synthetic chemicals whose consumption generates de novo lipogenesis.

De novo lipogenesis translates to gradual weight gain, dyslipidemia, liver and kidney steatosis, and a disordered appetite built up on a gradually increasing craving that will make you want to consume them daily.

When one decides whether to consume normal soda drinks or light soda drinks, what one decides is actually just where he or she wants to deposit the fat formed de novo – inside the body – the mechanisms leading to increased fat deposits happening after the consumption both types (17).

Of course, you can continue to “don’t worry, no sugar” and drink them “just for the taste of it”, but keep in mind that you are doing it on your increasing fat.