How to feed a child born by a mother who gained too much weight during pregnancy? 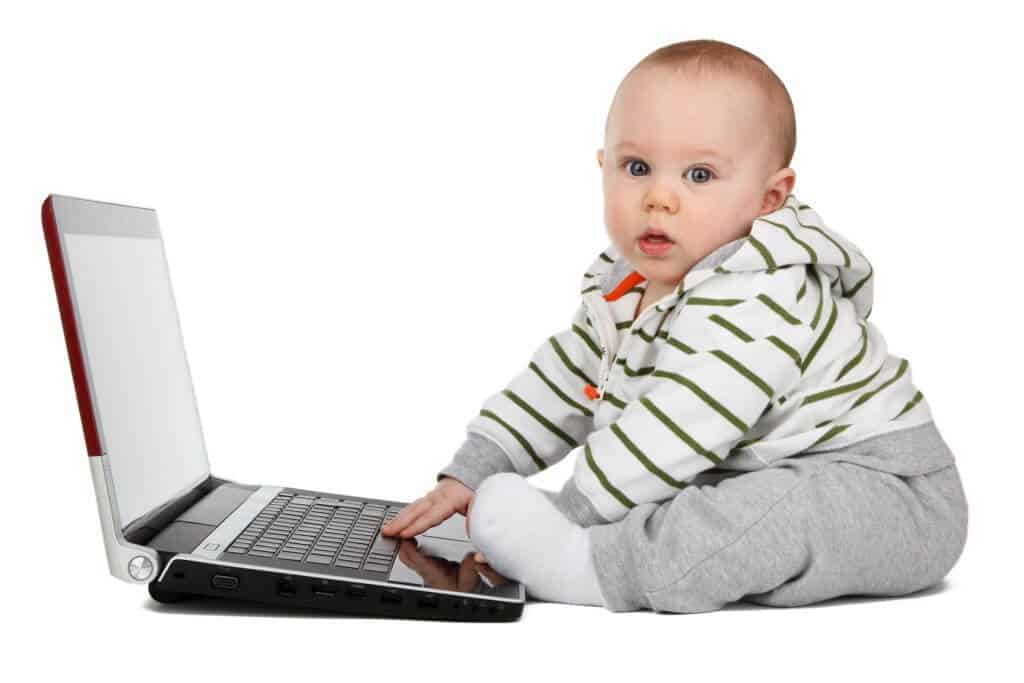 “How to feed a child born from a mother who gained too much weight during pregnancy?” is a question that most don’t care about. But, in 2012, worldwide, 40 million children under 5 where officially classified as overweight or obese, and the 2025 forecast expects their number to almost double. (1) Also the prevalence of type I diabetes, and – paradoxically – type II diabetes parallels the increasing incidence of infantile obesity. (2) Metabolic syndrome, once thought as an adult disease, now affects more and more overweight or obese children. (3) From an epidemiologic point of view, these children share one basic factor: their mothers gained too much weight during pregnancy. (4) So, teaching mothers who gained too much weight during pregnancy – especially former slimmer ones, who gained a lot of weight during the first trimester of pregnancy (5) – can potentially protect these children from the obesity associated pathology. (6) Feeding these children ad libitum is of the highest metabolic importance, so the harmless folkloric perception of feeding newborns on a strict schedule must be challenged. (7)

From a metabolic point a view, being pregnant means decreased muscle insulin sensitivity to redirect glucose to feed the fetus. This physiological pregnancy insulin resistance is the reason weight gain during pregnancy seems to happen even after drinking water, as its direct effect is a decreased metabolism for the mother. As you might know, metabolism it is not something that we can increase by drinking tea. Any tea. Metabolism is the energy required by the internal organs and brain, plus the energy needed for thermoregulation, plus the energy needed for digesting food, plus the energy needed by the contracting skeletal muscle cell to maintain tonus. The only metabolic factor that can be increased or decreased without pathology is this number of skeletal muscle cells that contract 24/7.

Pregnancy does not equal gaining body fat, but gaining body weight. This is true up to about 9 kg gestational weight increase, above which we start to talk about fat gain. At first, pregnant women do not gain weight by eating too much but by physiological metabolic decrease due to insulin resistance, which can healthily generate a gestational weight gain of about 9 to 15 kg. Above this value, we stop talking about a healthy gestational weight gain, and the “unhealthy” reverse refers to the fetus, not to the mother. Sadly, many mothers gain far too much weight during pregnancy, way above the recommended gestational weight gain range, risking both to remain overweight after birth, and to increase the child’s risk of developing a bucket full of diseases among which obesity is the less dangerous one. The child of a mother who gained too much during pregnancy has an increased risk of metabolic syndrome, (8) obesity, (9) and eating disorders (10) because the fetus develops insulin resistance while in the womb. (11)

In many maternities, newborns are fed on a schedule. Once home, the new mom must decide two things: if she will breastfeed her baby, and if she will demand feed him (or her) or feed him on a schedule. The first decision is widely debated and most mothers do their best to breastfeed their newborns. Yet, from a public health point of view, we mostly do not address the second decision even though demand feeding children of mothers who gained too much weight during pregnancy can balance their metabolic adaptations to the mother’s gestational eating behavior. (12)

When a pregnant woman overeats the fetus overeats, increasing the adipose cells number and decreasing the muscle mitochondria number he will be born with. (13) The thrifty genes hypothesis can be explained as a fetal insulin resistance’s side effect. Because of the reactive increased fetal insulinemia – reactive to the huge amount of nutrients the fetus receives due to the mother’s increased insulin resistance – glucose cannot enter through skeletal muscles’ GLUT4 membrane transporters and it’s redirected either towards the fetal adipose tissue causing macrosomia, (14) either towards the liver where it is transformed into fatty acids that can potentially clog placental vessels causing the child to be born with a weight below his gestational age. (15) So, it is not the birth weight of the newborn, but the gestational weight gain that can tell us something about the newborn’s metabolism. An insulin resistant fetus will genetically adapt by coding thrifty genes that will help his starving muscular cells survive his mother’s overeating. Scientists knew this survival mechanism from children of diabetic mothers, but studies on infantile obesity etiology link the thrifty genes hypothesis to children of mothers who gained too much weight during pregnancy also. (16) Scientists hypothesize that these children are born with a normal number of skeletal muscle cells, but with fewer mitochondria, and with a higher number of adipose fat cells = an innate low metabolism. This innate low metabolism can be aggravated by feeding the newborn regardless of his hunger, on a tight meal schedule, and it can be balanced by demand feeding. (17)

We know that adipose hyperplasia mostly happens up to one year of age if newborns are overfed, regardless of their hunger and satiation, increasing their obesity risk for life. (18) Such a behavior is also more prevalent in overweight, obese or eating disorder affected parents, which further increase the child obesity risk. However, eating without hunger or past satiation – either when we are talking about fetuses, newborns, adolescents or grandparents – has more risks than just gaining weight, due to the satiety hormone, leptin. Leptin is secreted by the fat tissue, and it inhibits the hunger neurons within the arcuate nucleus from the hypothalamus. It is responsible for the lack of hunger we experience during night sleep (based on an insulin – melatonin interaction), and for the long term control of satiety. More fat tissue, means more leptin, but – and this is a huge but – the hypothalamus’s becomes leptin resistance exactly as the muscle cell become insulin resistance. And during pregnancy even the placenta secrete leptin, so a fetus of a mother who overeats during pregnancy will be born both insulin resistant and with a degree of leptin insensitivity. Insulin resistance means increased obesity risk, and leptin resistance means a huge number of other risks.

Now, besides leptin, there are other satiety hormones of which I want to mention two: CCK (colecistokinin), and PYY (polypeptide Y). CCK is secreted when special cells within the small intestine’s lining come in contact with lipids, and it generates short term satiety. For meals constituted of “milk” only, replacing natural, whole fat milk with degreased types of milk or with low fat vegetal versions of “milk” can deregulate CCK secretion, causing infant hyperphagia. (19) PYY is secreted when other special cells within ileum and colon lining come into contact with digestion products, and it generates satiety between meals. Snacking can deregulate PYY and cause an insulin secretion spike if it happens too soon after a full meal. (20) It is true that there are no black and white solutions when it comes to preventing or treating children’s obesity, but snacking can potentially do more harm than good for a child born insulin resistant, and with a higher body fat percentage that will secrete a higher amount of leptin. (21) And this higher amount of leptin will not translate in higher satiety, but in lesser as the arcuate nucleus of the hypothalamus adapts to the leptin flood by becoming leptin resistant.

The fetus’ hypothalamus can become leptin resistant during pregnancy if the mother overeats to the point of highly increasing her body fat percentage, while decreasing her insulin and leptin sensitivity. (22) The newborn of an insulin and leptin resistant mother can also become leptin resistant during his first year of life – “eating well” enough to sooth parents and grandparents worries – if he is fed regardless of his hunger and satiation. He will mostly grow well, but what if he’ll grow too “well?” The World Health Organization scientists predict that 30 million children more than today will become overweight or obese in the next 10 years, and the children born insulin and leptin resistant fed regardless of their hunger and/ or satiation will be a huge part of them. Moreover, leptin – the main satiety hormone – does not regulate only satiety. It regulates cellular replication, differentiation and apoptosis – potentially linking obesity with the cancer risk. (23) It stimulates the release of gonadotropin hormones (GNRH), which will command the release of the lutein hormone (LH) – linking leptin resistance with PCOS and infertility. (24) Optimal leptin secretion, along with STH and GNRH secretions, is also essential for puberty onset when the body is ready, and not before. (25) The same leptin is essential for fetal brain development, learning capacity and memory. (26) And the same leptin is crucial for innate and acquired immunity, fetal leptin resistance being linked with thyme atrophy or with a decreased function of the macrophage cells. (27) So, when the pregnant mother overeats and gain too much weight during pregnancy and/ or when she feeds her children regardless of their hunger and satiation, she unknowingly risk to disturb all this leptin regulated systems, obesity being the smaller risk of all. (28)

It is true that a meal schedule is easier to apply and more emotionally comfortable than demand feeding newborns. But a meal schedule can only regulate ghrelin, (29) while the other hormones involved in regulating appetite are more sensitive to blood sugar than to the emptiness of the stomach – which can coincide or not with a blood sugar decreased enough to stimulate the hunger center. (30) The energy needs of different bodies are different from day to day, but the newborn bodies’ needs differ far more than others as a newborn almost triples his weight in the first year of life. Predicting his food needs based on other newborn needs, without considering his unique metabolism, can undernourish or overnourish this particular child generating or aggravating insulin and leptin resistance. (31) And then we see he’s fat, and/ or that he has a low immunity, and/ or that his gonads are not properly developed, and/ or that he’s brain abilities are not what we’ve expected, and/ or that he has a cancer risk – all in the name of the soothing feeling we have as parents when we know a child “ate well.”

Feeding any child regardless of his hunger and satiation puts him at these risks, but a child born from a mother who overate during pregnancy is much more at risk for developing metabolic complications than the children born by mothers who stayed within the recommended gestational weight gain range. Demand feeding can balance their innate low metabolism and increase their leptin sensitivity, (32) being the best chance we got to reverse this increasing infantile obesity trend that we, almost hopelessly, witness today.