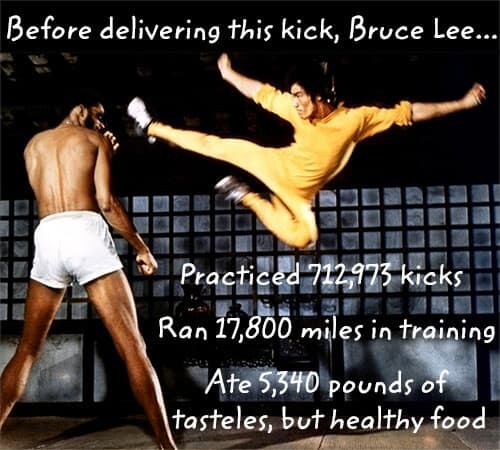 In this article, I don’t just want to talk about Dukan diet, but about ketogenic diets with very low carb intake in general (taking into account that the ones promoted to be the most effective are those with a carb intake between 30-50g per day and with a moderate to low protein intake).

The meta-analyses of most studies show that even though they can have different results on the short term, different diets pretty much have the same results over the long term: such a metabolic inflexibility that can make even/ or especially someone ketogenic adapted to gain a lot of weight if they slip outside the diet.

Ketogenic diets rely on the assumption that if you take the carbs out of your diet, you lose weight. And, on the scale, you do.

But the main question you should ask yourself before starting is:

How long do you think you can keep a ketogenic diet by the book?

Because no matter how contradictory the studies results might be when it comes to ketogenic diets long term health consequences, and no matter the disputes between the pro- and the con- part’s arguments – even those on the pro part who understand what happens within the body after the ketogenic adaptation agree that this type of diet must be followed exactly as it is due to the fact that any mistake can make you as fat as you were/ fatter in no time (1).

But despite this extremely easy to monetize magic efficiency, on the inside you accelerate the mechanism that cause fat gain with every single pound lost on the scale because the fat is not completely burned, but moved from the fat tissue to your blood, your inner organs and your muscle.

I know for sure that you know – from the first moment you considered starting a ketogenic diet – that you will regain the lost weight if or when you’ll stop following it. Which: yes,  in the end happens with any diet if you fall off the wagon.

Maybe you don’t care about it now, maybe you just want to be slim for your 10 years reunion with your high school or college classmates. Or maybe you’re tired of counting calories or of following glycemic index charts that vary so much that you don’t know what to think anymore.(2)

You’re just fat and wish for a real solution: one on which you can actually see results in your mirror.

And, I also know that you’re going to stick your teeth into it to stick to this diet as long as you’ll can. But the weight regain you’ll see in the same mirror after you’ll fall off your ketogenic diet will not be generated by the fact that you reintroduced carb, but by metabolic consequences of the fact that you eliminated them in the first place.

To lose fat, you must take the fatty acids out of the fat tissue, transport them to the muscle cells, introduce them through the muscle’s membranes, introduce them through the mitochondria’s membranes, couple it with oxaloacetate and “burn” it inside the Krebs cycle.And we have two sources of oxaloacetate: carbs or amino acids – both low as intake in the ketogenic diet. Without oxaloacetate you don’t burn fat, you just take it out of the fat tissue and deposit it elsewhere in your body.(3)

This incomplete catabolism of fatty acids – that happens when you go too low in your quest against carbs and proteins:

At first you’ll lose weight, then you’ll have this shell egg fragile body weight, and then you’ll see in the mirror what’s happening inside your body. Although you only gain weight after the ketogenic diet, the fat gain is generated during the diet.(7)

If you ever wondered “why can’t I lose weight?” or “how can I lose weight?” or ” how can I maintain the weight loss?” or other contemporaneous questions like this one, the answer is that insulin is like a bodyguard that blocks your access to your fat. But it is not the big fat bored bodyguard that spends he’s day doing nothing for his paycheck. Insulin is like this super-fit, agile, highly trained Bruce Lee – the employee you want to fire, after you’ve drained him with too much workload. Ketogenic diets puts this Bruce Lee out of work, giving you the craved access to your fat.

On the paper, if you take out the carbs, you can burn the fat because oxaloacetate can be made from proteins too (either directly or through the pyruvate way).

But there are 3 mains issues with this approach, issues that seeds fat gain from day 1 you start the Dukan diet:

1. You can gain fat from proteins also.

After eating proteins, we use them:

This is how a hyper-proteic meal unbalanced by a moderate carb intake and regular physical exercise can also lead to weight gain through de novo lipogenesis from proteins. Proteins are the most important nutrients when it comes to weight loss, muscle maintainance or muscle  and performance gains. And despite the fact that protein sysntesis platous at about ± 30g protein intake/ meal, the protein intake can further impact total protein banace by cedreasing protein breakdown. But the protein intake per se is not enough.

Besides the fact that high fat ketogenic diets can generate leptin resistance directly and insulin resistance indirectly (by decreasing the sarcolemic expression of GLUT 4 in skeletal muscle cells), it is true that ketones can ensure the survival of most body cells.

And I wrote “most” because some human cells do not have mitochondria so they function only on anaerobe glycolysis (erythrocytes), and because the other human cells cannot use ketones for energy (hepatocytes). For erythrocytes, glucagon’s gluconeogenesis saves the day.  But gluconeogenesis costs ATP, so it does not start unless the blood sugar becomes too low or unless the protein intake is high but not too high.

And the “not too high” part can mainly be balanced by a regular, smart and intensive physical exercise.

The adaptive mechanism you use to survive ketogenic diets – gluconeogenesis – consumes ATP, which means it won’t happen if you start eating too little due to a “ketogenic” disgust of eating.(9)

Also, the muscle cells do not have glucagon receptors, so they won’t benefit from this mechanism even if you eat enough.

It is true that in the beginning, the ketogenic diets can decrease muscle’s insulin resistance due to the decrease carb intake. But, in time, it gets back up again for two simple reasons: proteins call back Bruce Lee, and glucagon will give him a raise to forgive you.

And the new fatty acids made by de novo lipogenesis will compete for membrane access inside the muscle cells with any newly-made-glucose-by-liver-gluconeogenesis, increasing or generating insulin resistance if you did not have it before the diet (~20% of visibly “fat” people don’t have insulin resistance, and ~40% of currently “slim” people have it. And I wrote “visibly” cause in my practice I saw quite a few slim people with body fat percentages ranging from 35-40).

The adipocytes’ size and number starts to increase – while you lose weight on the scale through water loss – because they received the “food” that should have been delivered to muscle cells.(11)

The weight loss you see on the scale is dehydration doubled by redistributing fat throughout your body and by increasing your fat cells number by transforming pre-adipocytes into adipocytes. 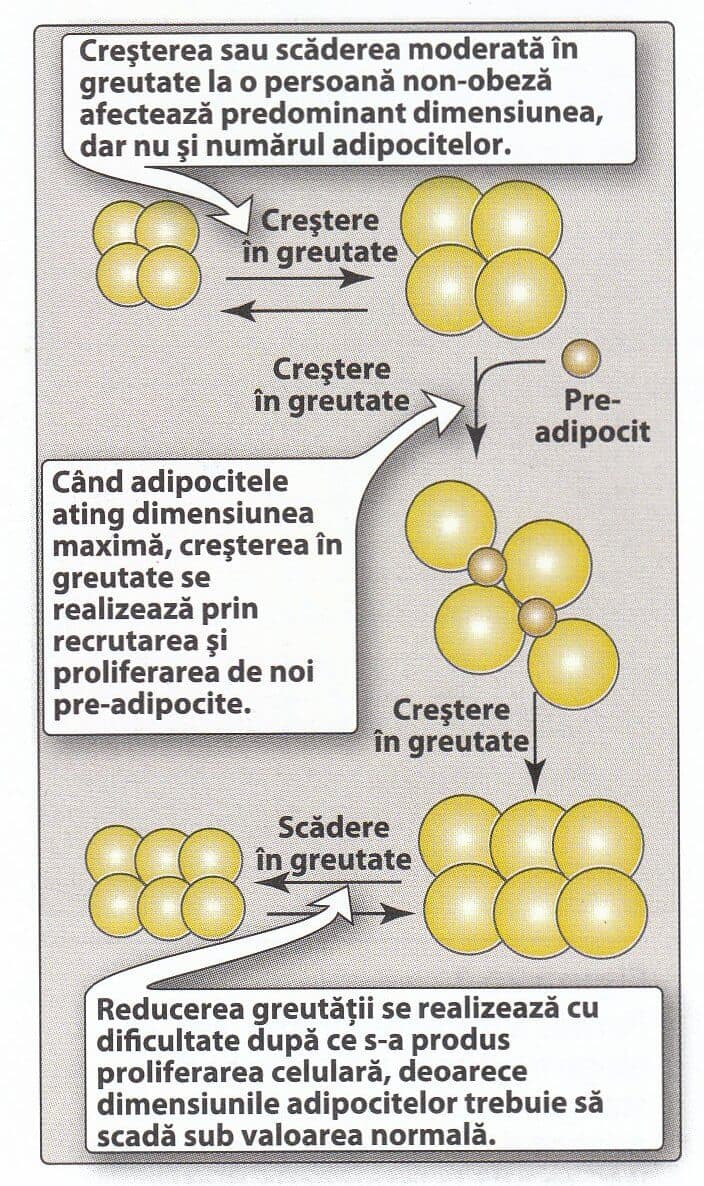 During the ketogenic diet you can mainly:

Yes you’ll weigh less, yes you’ll wear smaller size clothes, but you will do it by “burning” your muscles not your fat. And, in time, you’ll start gaining more and more weight by eating less and less food because your ghrelin will stay low as you diet.(15)

The problem with Dukan diet, or with any ketogenic diet for that matter, is not if you will fall off, but when.

It’s like willingly hanging yourself off a cliff holding on to your will.

And you will not fall off due to a lack of will, but because from the day you have started this metabolic madness an entire army of hormones is fighting you to stop destroying yourself.

Ketones are symbols of starvation and ketogenesis is a metabolic red flag that calls to action this army of hormones to fight your destructive behavior.

But the steeply increased fatty acids level in your blood – either coming from the little lipolysis that took place when Bruce Lee gathered this army, or from the eaten food – will stimulate leptin (yes, the satiety hormone).

In English, after some time on the ketogenic diet you’ll feel sick to your stomach even when thinking about meat.

And because leptin acts also in the hippocampus, this disgust will be memorized deep inside your brain to try to prevent future ketogenic diets attempts.(16)

But too much leptin will deregulate your appetite to such an extent that you get to a point when you’ll only dream donuts while eating increasingly less ketogenic food or more processed “look alike carbs” ketogenic food.

No amount of will can pay in a single day the price of a pound of fat.

If you are a strong person, with too much will power for your wellbeing, this army of hormones will try to save you from:

Or from other side effects long term ketogenic diets might have.

I do not want to talk about these side effects because people who start ketogenic diets think they have the luxury to postpone taking care of their health till after they lose weight. If you are one of these people, just remember that your insulin is like a metabolic Bruce Lee – it is far better to have him as a friend.

You’ll lose total body weight for sure on Dukan diet.

But you’ll do this by cannibalizing your muscles to feed your liver, by depositing fat inside your muscles, in your blood, or in your kidneys, and by increasing your fat cells size and number.

Before Dukan diet everyone knew you were fat.

After the diet, for a while, you’ll be the only one knowing it by living with your new fragile weight.

Then it will be your doctors turn to find out.

LINKS
BooksRead
Oncology Nutrition VlogListen
ArticlesRead
VideoView
How to feed a child born by a mother who gained too much weight during pregnancy?
Fast weight loss gimmicks