Is the gluten-free diet beneficial for runners? 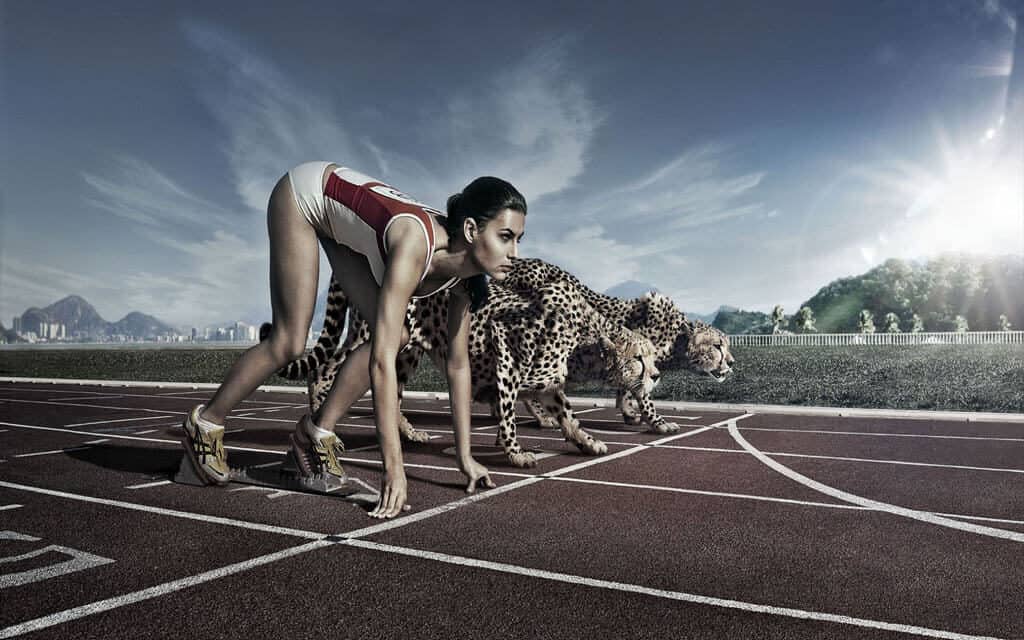 About the gluten-free diet, many people know that it is healthier than diets containing gluten.

From whom do they know all that?

From people with gluten sensitivities, of course.

And the direct feedback of a person with gluten sensitivity feels extremely valuable for someone who wish to know about gluten side effects. Just that it varies widely from one person to other persons asked for this feedback (1).

And yes, we all would expect this feedback to be:

The fact that someone has the discipline to respect a gluten-free diet is exceptional, just not necessarily healthy (3,4).

On the other hand, people know for sure that running is necessarily healthy.

From whom do they know all that?

From runners, of course.

And the direct feedback of a runner feels extremely valuable for someone who wish to know about running side effects. Just that it varies widely from one person to other persons asked for this feedback (12).

And yes, we all would expect this feedback to be:

The fact that someone has the discipline, mental, respiratory and muscular capacity to run a marathon or an ultramarathon is exceptional, just not necessarily healthy.

Without the proper nutrition, long and unltra-long distance running can be unhealthy at least in terms of gastrointestinal, cardiovascular and osteo-articular heath (but I will write two separate articles about the last two).

And yes, anyone can decide for himself that my opinion is pointless and keep running for as long as he can without talking with a gastroenterologist or with a sports nutritionist despite digestive symptoms felt during running.

My opinion is grounded on studies on runners who experienced symptoms from digestive discomfort to digestive hemorrhage durring long distance running events (14).  Because if a behavior/ medication/ supplement is beneficiary for 70 people – this may seem as pretty conclusive for people leaving with a health problem, thus many would extrapolate that behavior/ medication/ supplement as a solution for their own problem.

But what if they are 70 out of a 1,000 people, and that same behavior/ medication/ supplement had no effect or was harmfull for the last 930? If you’d have no problem maybe you’d mostly consider the theoretical implications.

But if you do have digestive symptoms while running, let’s see what studies are saying.

Thus, because of the fact that gastrointestinal discomfort felt by these runners mimics gluten intolerance symtoms, it has emerged the assumption that a gluten-free diet is beneficial for runners (18).

But a gluten-free diet for an endurance sport seems diametrically opposite of the pasta party concept, right?

Thus, besides the supposed gluten sensitivity, what might other digestive symptoms’ causes be in people that actually experience them only when running?

So, is the gluten-free diet beneficial for long-distance runners?

Yes if the runner has celiac disease or gluten intolerance also when he/ she does not run.

And no if the digestiv discomfort happens only when running because the above mentioned causes does not magically dissapear if we take out gluten for the runner’s diet.

Because they are caused by the sympathetic nervous system (responsable for fight or flight reactions) and by dehydration (if the runner does not properly hydrate according with his own health and training status during that particular run) – during long distance running digestive symptoms will keep happening even on a gluten-free diet (23).

As a general rule – without proper sports nutrition – the higher the effort, the higher both the intestinal ischemia and the intestinal permeability, thus the higher the digestive symptoms.  And, sadly, this type of simptomps don’t occur only in runners, but also in  cyclists, swimmers, triathletes and other athletes involved in endurance sports.

So what can they do to avoid digestive symptoms during sports events?

A. Before the sports event:

B. During the sports event:

Of course this plan might not suit gastro-intestinal pathology, thus realy pay attention to your gut while running. If you feel ill – better stop and see a medical doctor.

And yes – it is far easier to eliminate complete categories of foods than to follow the above plan, but it surely is easier than to counteract the impact of a gluten-free diet on endurance sports performance.

If you are a runner with digestive discomfort while running, please read the following references.

(18) Lis, Dana, et al. “No Effects of a Short-Term Gluten-free Diet on Performance in Nonceliac Athletes.”

(23) Lis, D. M. “Gluten-Free Diet May Not Boost Athletic Performance: A new study shows no difference in performance or reduction of GI symptoms when cyclists cut out gluten.” (2015).

(24) Küster, Michael, et al. “Consumption of analgesics before a marathon and the incidence of cardiovascular, gastrointestinal and renal problems: a cohort study.” BMJ open 3.4 (2013): e002090.

(25) Murray, Robert. “The effects of consuming carbohydrate-electrolyte beverages on gastric emptying and fluid absorption during and following exercise.” Sports Medicine 4.5 (1987): 322-351.

LINKS
BooksRead
Oncology Nutrition VlogListen
ArticlesRead
VideoView
Why you keep falling of your diet?
„The China Study“ - part I – How to make a big deal out of nothing?