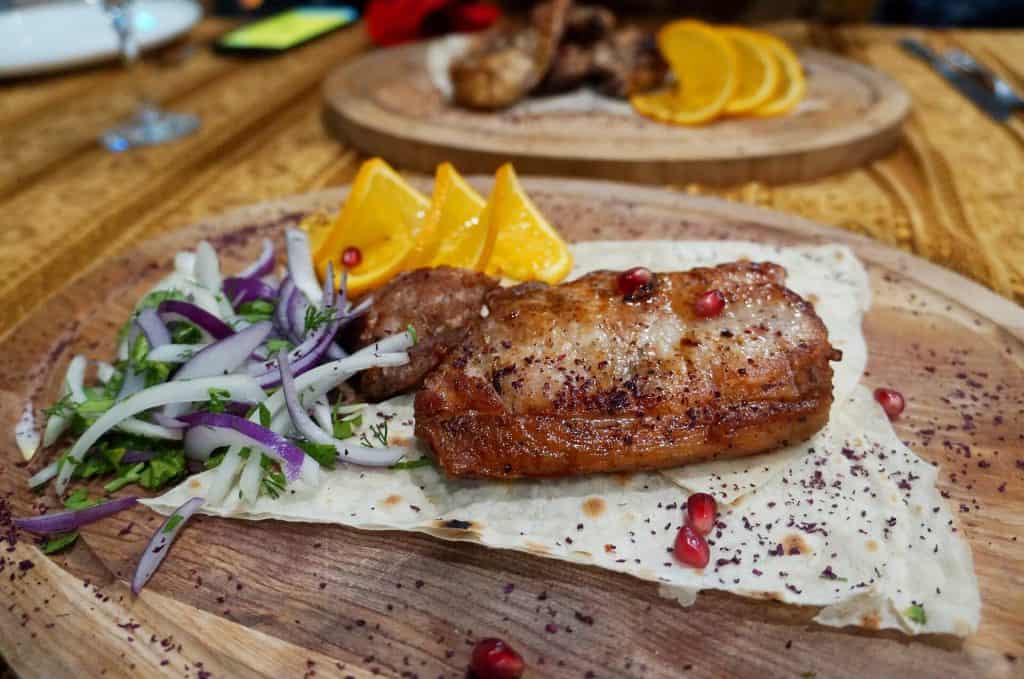 In articles dedicated to analysing the validity of the link between “animal protein” and cancer, I explained why this association is deeply shallow. You can read the first part, explaining the difference between animal protein and plant protein, here, and the second part, explaining that dairy is not carcinogenic, here. Basically, while saying “the animal protein is a carcinogen”, you write on your forehead with a phosphorescent marker, “I do not know how digestion works in the human body”.

However, as I encourage all of my patients to be, I also invite you to be skeptical and read – of course, or not – the studies quoted in these articles. And although it is just an invitation to understand that animal protein in general and dairy products in particular are not carcinogenic, please take into consideration that regardless of long-held personal beliefs these foods consumption by patients diagnosed with cancer is helping them achieve better prognosis by supporting the effectiveness of oncology treatment and by counteracting side effects.

Starting from the fact that epidemiology is based, however, on the honesty of both researchers and study participants, there still remain two semantic issues – generated by the fact that the respondents answer the questions of the epidemiologists by basically reading words in a questionnaire.

In most questionnaires, “cancer” is a diagnosis, but today we know there are countless completely different diseases called “cancer”.

On specific types of cancer, studies indicate that:

– But is Angus beef steak as carcinogenic as the hotdogs?

– Or the Mangalita pork meat as carcinogenic as the hamburger? And what if the hamburger is made of Angus beef?

– And what about quail, cock or pheasant meat?

The best answer based on „I will tell the truth, the whole truth, and nothing but the truth, so help me God“ is that we simply don’t know. Some giraffes want to see only green in front of their eyes, some ostrich – just sand.

What we know – at large – on specific types of meat is that:

– Now is all the red meat carcinogenic, no matter how little we consume?

First of all, any type of meat may be biologically pink or red depending on how sedentary that particular animal was (visible to the naked eye, looking at the piece of meat on our plate, or visible on the microscope, looking at the number and type of muscle fibres in the meat). Even wild fish has more red meat than farmed fish, simply because it swims more. Defining meat as white or red based on the species is pretty shallow.

A systematic analysis published by Carr et al. in 2016 in International Journal of Cancer indicates that unprocessed red meat the normal intake does not increase the risk of cancer, not even in the case of colorectal cancer. This analysis shows that, in order to associate an increased in risk, the consumption of unprocessed red meat must be excessive and that the consumption of pork meat does not involve the increase of risk even when excessive, the risk being increased only by excessive consumption of beef or lamb.

Systematic analyzes that examined the association between the heterocyclic amines, polycyclic aromatic hydrocarbons or benzopyrene, formed in meat during cooking, and the carcinogenic impact of hem iron indicate only poor associations between red and processed meat consumption and increased risk of cancer (Kuratko et al., 2016).

So, the current scientific literature shows that:

The problem with nutrition these days is that anyone who can chew is a nutritionist undercover, thus at the diametrically opposite pole of those recommending to cancer patients to avoid meat consumption, are the ones recommending to cancer patients to start a ketogenic diet – diet based on keeping carbohydrates intake as low as possible, “low intake” defined solely on the imagination residing within the self-proclaimed nutritionist’s pen. Nope, it’s not Dukan or Atkins, it’s pure Gigica diet, strictly tailored for you with tons of meat meant to starve away cancer.

The studies quoted in this article support the moderate consumption of lightly cooked or boiled meat as part of a healthy diet similar to the Mediterranean diet, not the recommendation of ketogenic diet for cancer patients – a recommendation made by those who elegantly offer illusions to cancer patients, understanding superficially or at all the oncological consequences of this extreme diet.

In my fourth book, I present in detail – with scientific arguments – that the ketogenic diet associates an increased risk of metastasis and recurrence, an increase in tumor aggression and the development of resistance to oncological treatment.

This is based on the current scientific data which:

Moderate intake of high quality meat cooked the right way, not hotdogs or schnitzels eaten on the run.

Fedirko, V. et al. “Consumption of fish and meats and risk of hepatocellular carcinoma: the European Prospective Investigation into Cancer and Nutrition (EPIC).” Annals of oncology 24.8 (2013): 2166-2173.